Does your family love the movie School of Rock as much as mine does? Then they'll love this live musical! 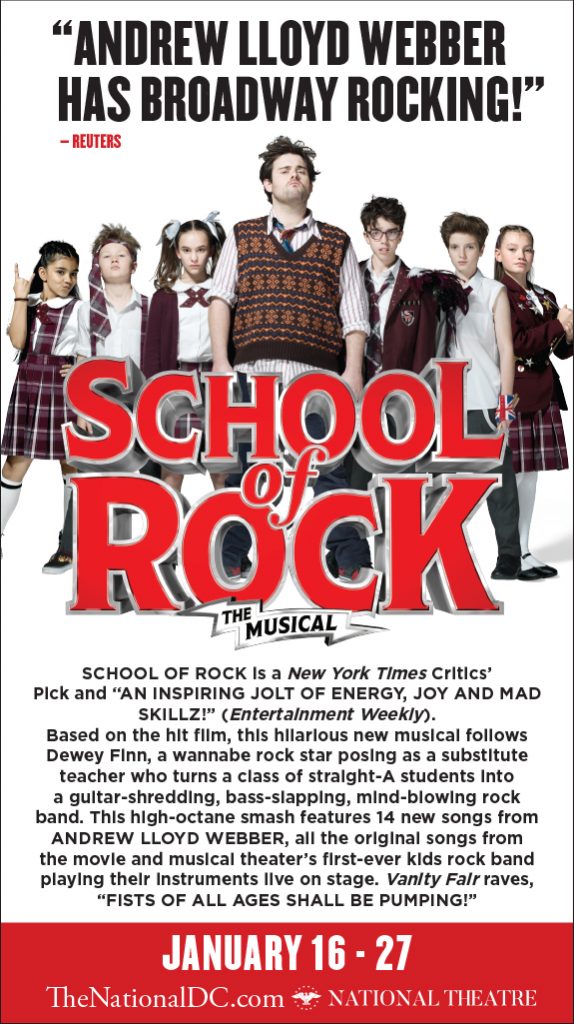 School of Rock (the musical) is coming to DC this January. This show is a great way to introduce tweens to live theater.

My whole family loves the movie, and this show is based on the movie with new music by Andrew Lloyd Webber.

The show runs approximately 2 hours and 30 minutes, with one intermission. Recommended for ages 8 and up.

Read my tips for taking children to the theater.

Go through the National Theatre box office to purchase tickets.

You can also use my referral link at Certifikid for selected dates with a discount of 30% off.

My daughter is in her first year of guitar at middle school and absolutely loves it. She's going to be so excited to see this show!

SCHOOL OF ROCK is a New York Times Critics’ Pick and “An inspiring jolt of energy, joy and mad skillz!” (Entertainment Weekly). Based on the hit film, this hilarious new musical follows Dewey Finn, a wannabe rock star posing as a substitute teacher who turns a class of straight-A students into a guitar-shredding, bass-slapping, mind-blowing rock band. This high-octane smash features 14 new songs from Andrew Lloyd Webber, all the original songs from the movie and musical theater’s first-ever kids rock band playing their instruments live on stage. Chicago Tribune raves, “SCHOOL OF ROCK offers us a chance to be kids again, only with more talent than we ever had.”

See where School of Rock is on tour in a city near you.

If you'd like a chance to win 2 tickets to the January 17th show at 7:30pm at National Theatre, use the Rafflecopter below.

Winner will be randomly selected and announced on January 5th.
a Rafflecopter giveaway