Happy New Year! We're hosting our annual Game Night here for New Year's Eve, and it's great having a few new games to play with friends and family. Playing board games is one of our favorite ways to spend time together. Many thanks to Blue Orange Games for sharing two new games for my family to review. 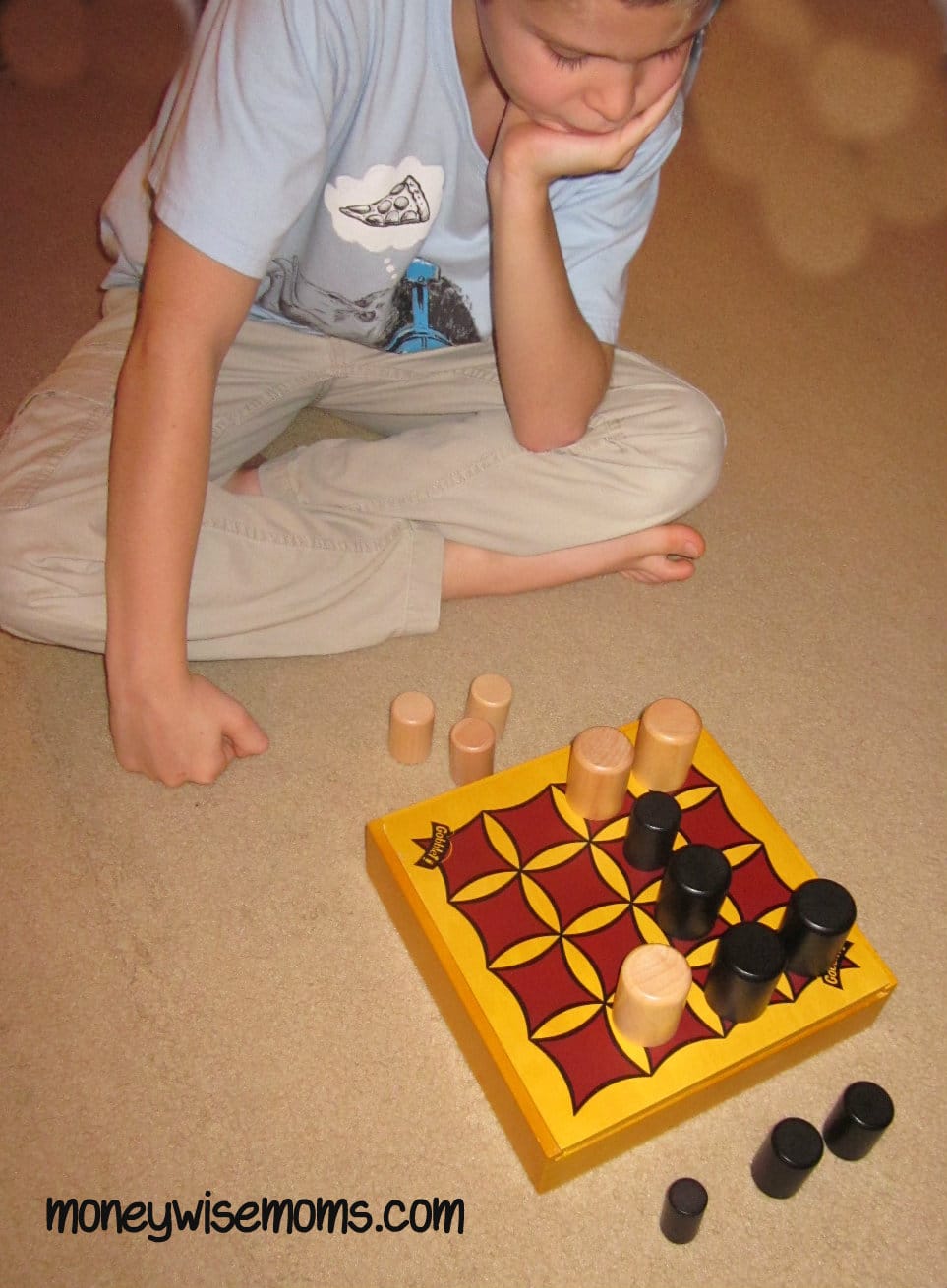 Gobblet
Gobblet has been a challenging game for two players! We've played it so many times now, and we're still testing out strategies. It's a fair game between kids and adults, which means it will last us for years. You have to balance between offense or defense, or your opponent will get 4 in a row and win when you're not looking (that's how I lose most times!). The wooden pieces nestle together and fit neatly inside the clever box, which doubles as the playing surface. You place your wooden pieces on the grid, and you can “swallow up” the smaller pieces with the larger ones. My 6-year-olds and 9-year-old are playing this easily, and it's great for those ages through adult. If you have younger children, try Gobblet Gobblers, a version for preschoolers. 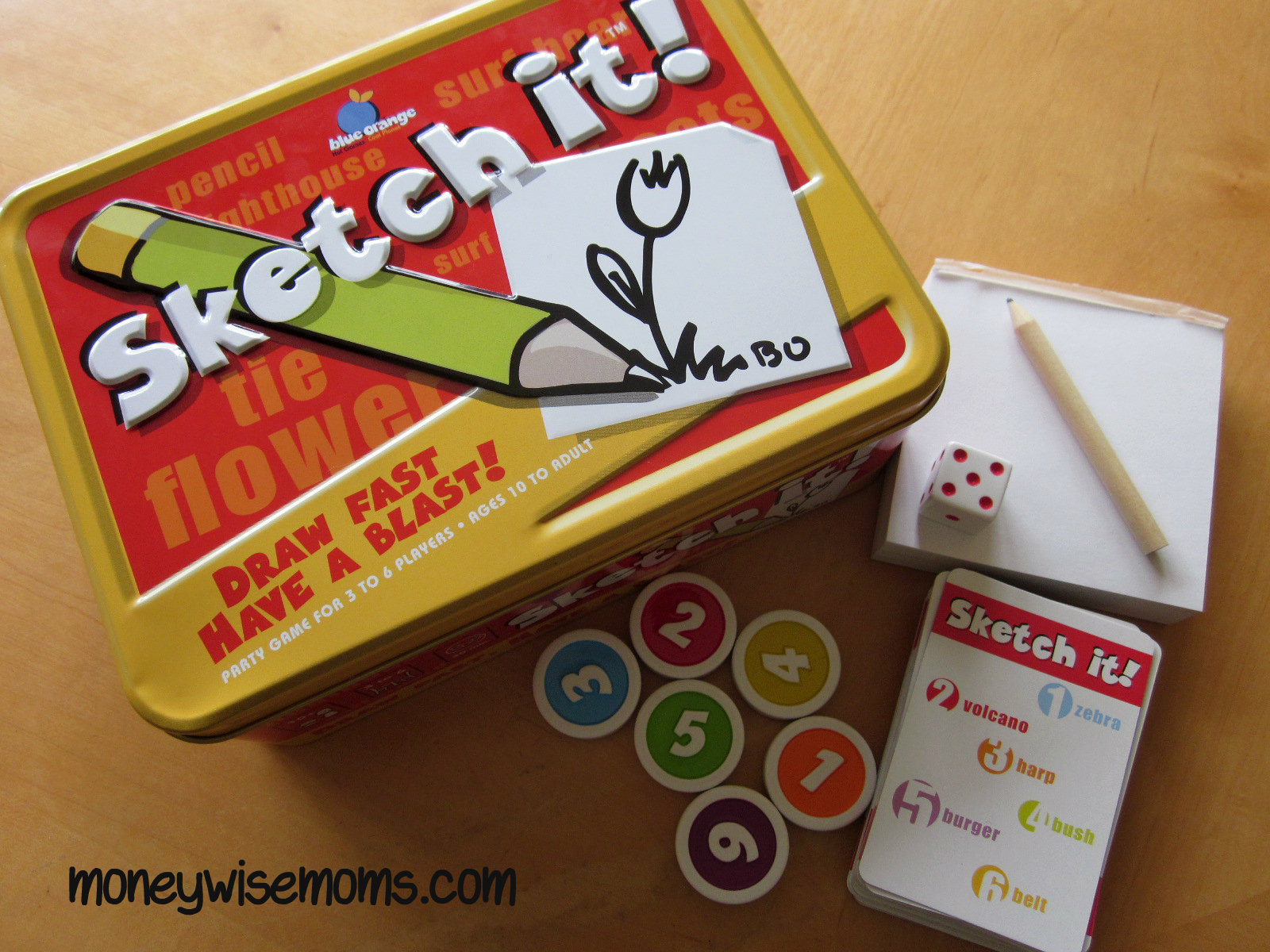 Sketch It!
Sketch It! is a fast, fun party game that we tested out with our neighbors over brunch one weekend. The kids were in the basement, but they kept coming up to say, “Why are you laughing so hard? What's going on?” It was an absolute blast! Even those who said they don't like drawing games had a fun time guessing, since you can earn points guessing the right answers even if you don't feel you draw well. Each player gets a card, paper, and pencil. Someone rolls the die, and everyone draws the object listed under that number. When you're done drawing, you grab the highest number token from the center of the table, so the faster you draw, the higher number you'll get. Then you mix up the papers and each player guesses one. If it's guessed correctly, both guesser and drawer get that number of points. It was a tricky balance between drawing well and being fast. I can't wait to play it again tonight for New Year's Eve. Sketch It! is for ages 8 and up, and we found that to be true since the younger kids didn't know what many of the objects on the cards were, so they wouldn't be able to draw or guess them.

You'll find family games, party games, and more at the newly revamped Blue Orange website. You may have seen their best-selling family game, Spot It!, in stores this holiday season. It's a Toy of the Year Nominee. Many of their games come in neat tins (you know I love when game pieces are organized), and others are well-built wooden pieces and boards. You can follow BlueOrange on Facebook and Twitter as well.

Disclosure: I received these two games from BlueOrange Games to review.

Enter your email to get a handy list for those busy nights! Unsubscribe anytime.