Handyman for a Day from MOSS - Moneywise Moms Skip to Content

Posted on Published: July 4, 2016 Categories Around the House

Handyman for a Day from MOSS

This post is sponsored by MOSS Building & Design. I received a Handyman for a Day in order to facilitate this review. 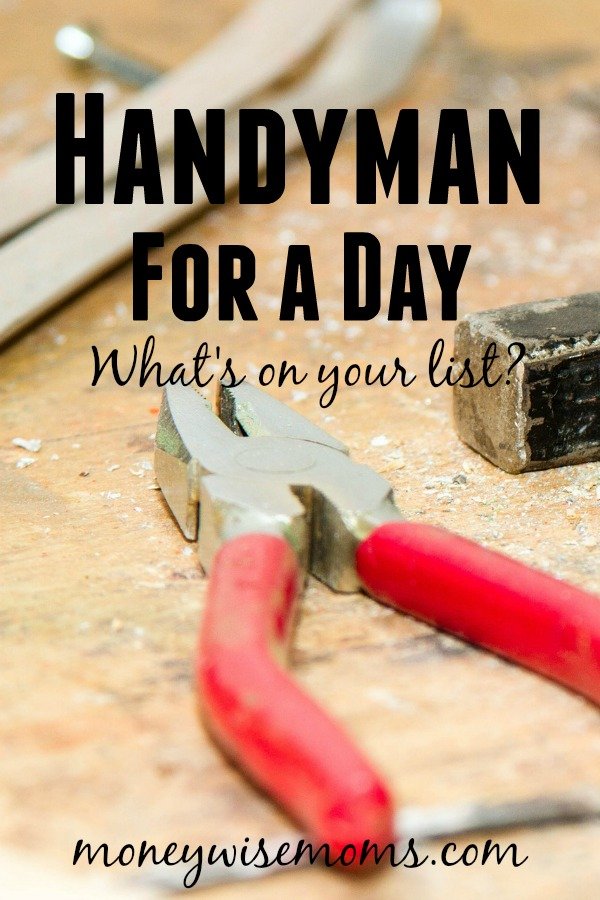 Do you have half-finished home improvement projects around the house? Have you learned to live with rooms in disrepair because there's never enough time? As a busy family, this is normal around here! Neither my husband nor I is “handy,” and while I can do some very basic things around the house, more often than not, we just ignore broken and annoying problems until they start to bother us. When MOSS Building and Design reached out to me to review their Handyman for a Day service, I was really excited to get these home repairs done. MOSS is based here in Northern Virginia and does remodeling, additions, and so much more. I see their vans in my neighborhood often, and they have excellent reviews on Angie's List. 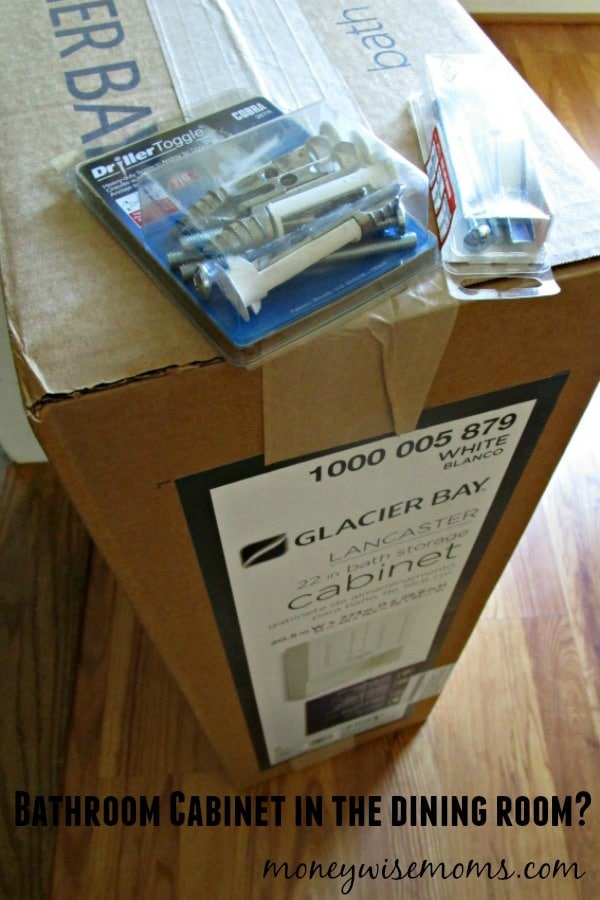 We had a huge number of “little things” that needed to get fixed–mostly in our master bathroom. The sliding shower doors had lost a wheel and barely moved. Two of the three mirrored doors on our unnecessarily huge vanity top had fallen off, and we wanted to replace it with a huge mirror. The bathroom cupboard I bought was sitting in the dining room because we weren't sure how to install it solidly, and the fan motor had burned out months ago, which was causing mold and mildew to grow rapidly in the shower. In addition to the bathroom, our front door had paint missing where it had been heat-damaged, and all of our fluorescent lights in the basement weren't working. I tried changing the light bulbs but they still weren't lighting, and I wasn't sure what kind of repair/replacement that required. 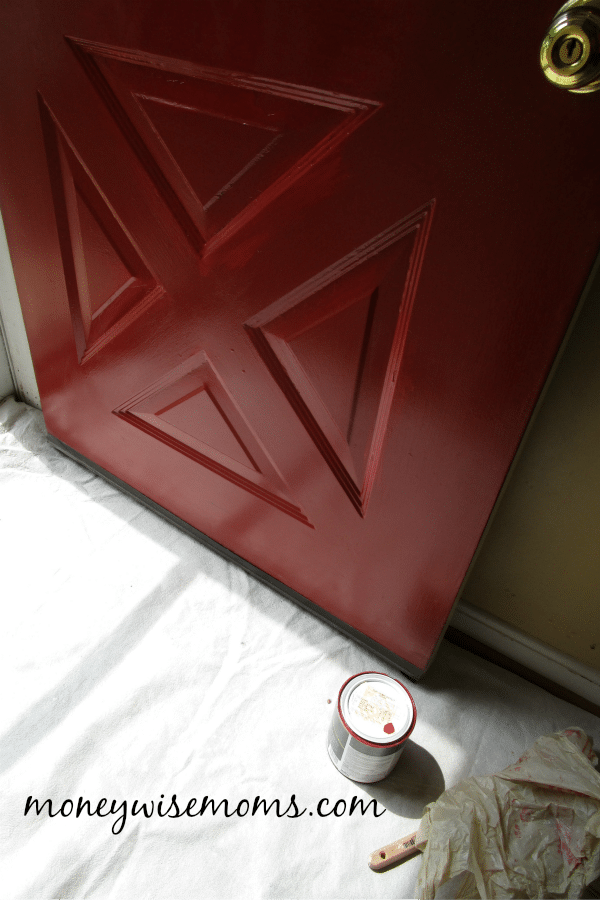 Having a Handyman in the house was such an easy and positive experience! Yes, I probably could have scraped and painted the front door myself, but it would take me so much longer and would have to happen around the kids and our busy schedule. Same for all the other repairs! I appreciated having someone who knew drywall, electricity, and everything else I had questions about. Not only did the Handyman make my door look fantastic, he made recommendations about the weatherstripping and gave me a list of what I could do by myself before the seasons change. 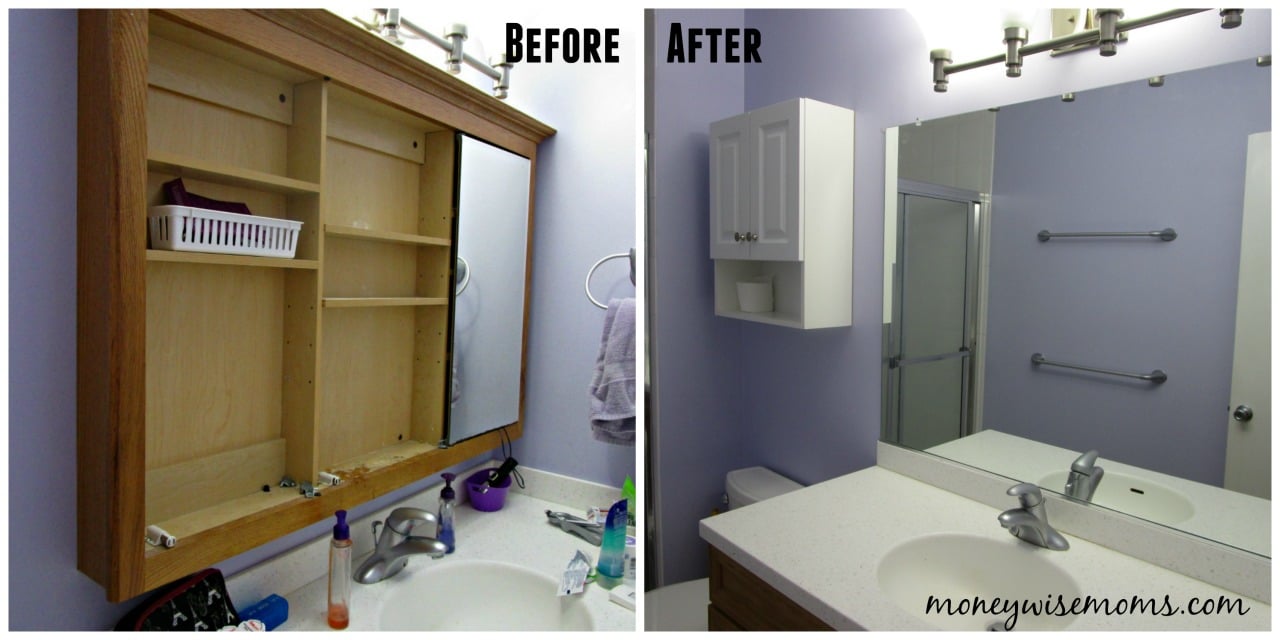 My Handyman worked so quickly that he actually got everything done on my list before the day was done! I was able to give him a couple of extra chores–changing a light bulb that was 11-feet-up in my stairwell and patching the banister where we (finally) took down a baby gate.

Both my husband and I feel like we have a brand new bathroom! I didn't realize what a pain it was that the shower door didn't slide easily until now. With all new wheels, it's smooth and so much easier to clean. The new fan is quiet and is keeping the humidity at bay. The next morning, when my husband came out from taking a shower, he said, “The mirror is actually clear!” The smaller wall cupboard is plenty of storage, and I like having the extra counter space that was hidden by the oversized cabinet installed by the previous owners. 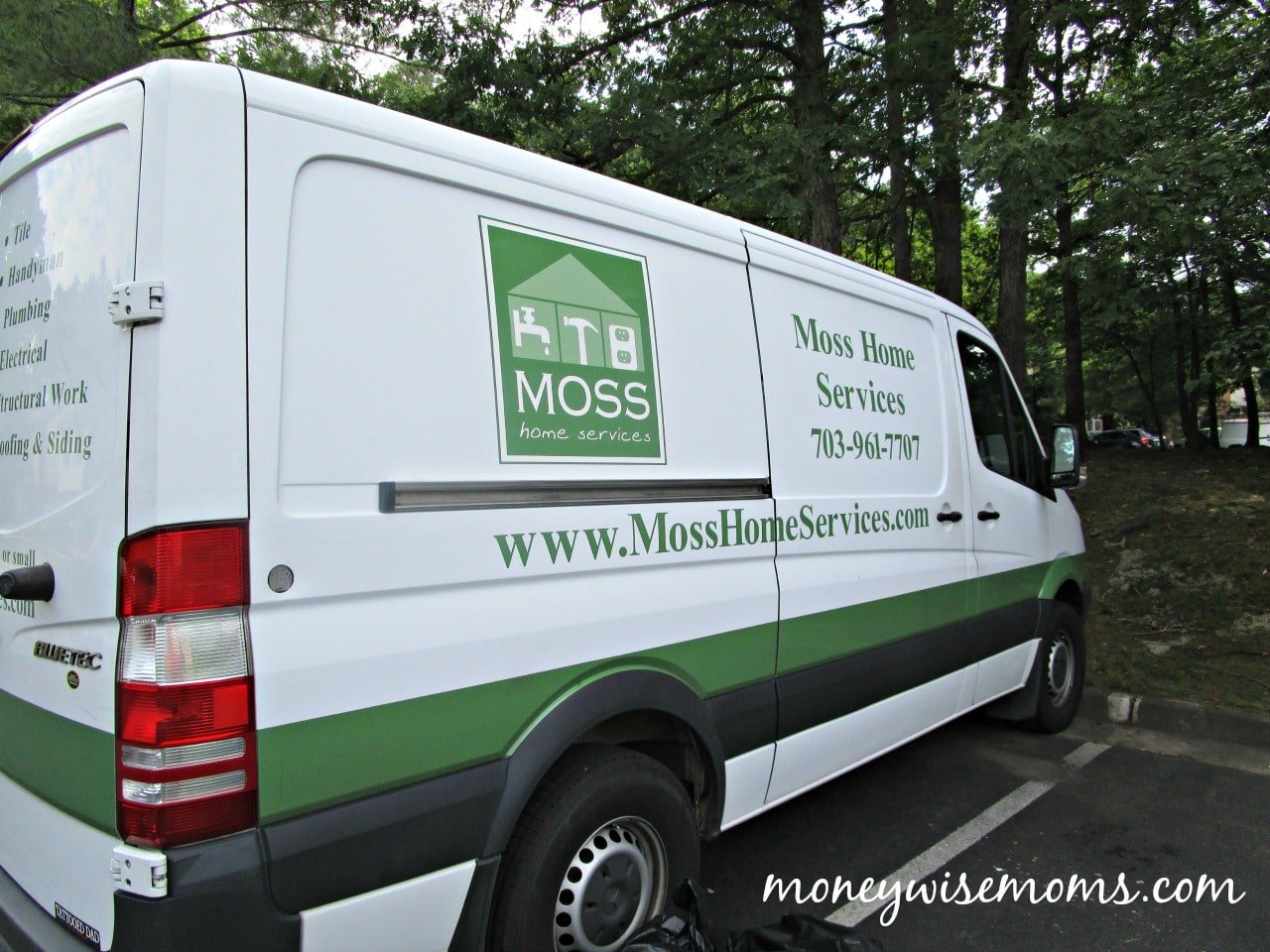 Want to hire a MOSS Handyman for a Day? Here's how to do it:

What to do First

Start with making a list of all the projects around your home that need to get done. Think big, think small. Put them all on a list!

Talk with a service manager at MOSS who will help you prioritize the list. I emailed some pictures of my jobs (like the broken bathroom fan) to the manager so he could estimate the time it would take to get all the jobs done. We also scheduled the Handyman day. I planned for a date I knew the kids would be out all for most of it.

Get the supplies that your Handyman will need. This is optional; I chose to do this because I didn't want to use up the Handyman's hours with him driving back and forth to the store. I picked up the bathroom cupboard, mirror, and drywall anchors for the cupboard.

The Handyman arrived at my home (nice and early–7:30am!). We went over my list of jobs and I showed him where everything was. We started with the broken bathroom fan since that was highest on my priority list. Once he determined that it wasn't just a matter of replacing the motor, I headed out to buy a new fan, so he dismantled the old cabinet and painted the front door while I was gone. I also picked up new LED lights for the basement to replace the fluorescent ones based on his suggestion. He worked so quickly and was careful about keeping areas clean and cleaning up after himself. I appreciated that!

I received a call from the manager the next day asking how the day went and for feedback. I couldn't say enough nice things about the experience, especially with a Handyman so friendly and helpful. He said that was par for the course and that they hear that a lot. Good to know!

What would you get done with a Handyman for a Day?

Follow MOSS on Facebook and Twitter. If you have a local group looking for a speaker, check into their HandyMom 101 workshops. My Moms of Multiples group did one. They're educational and fun! 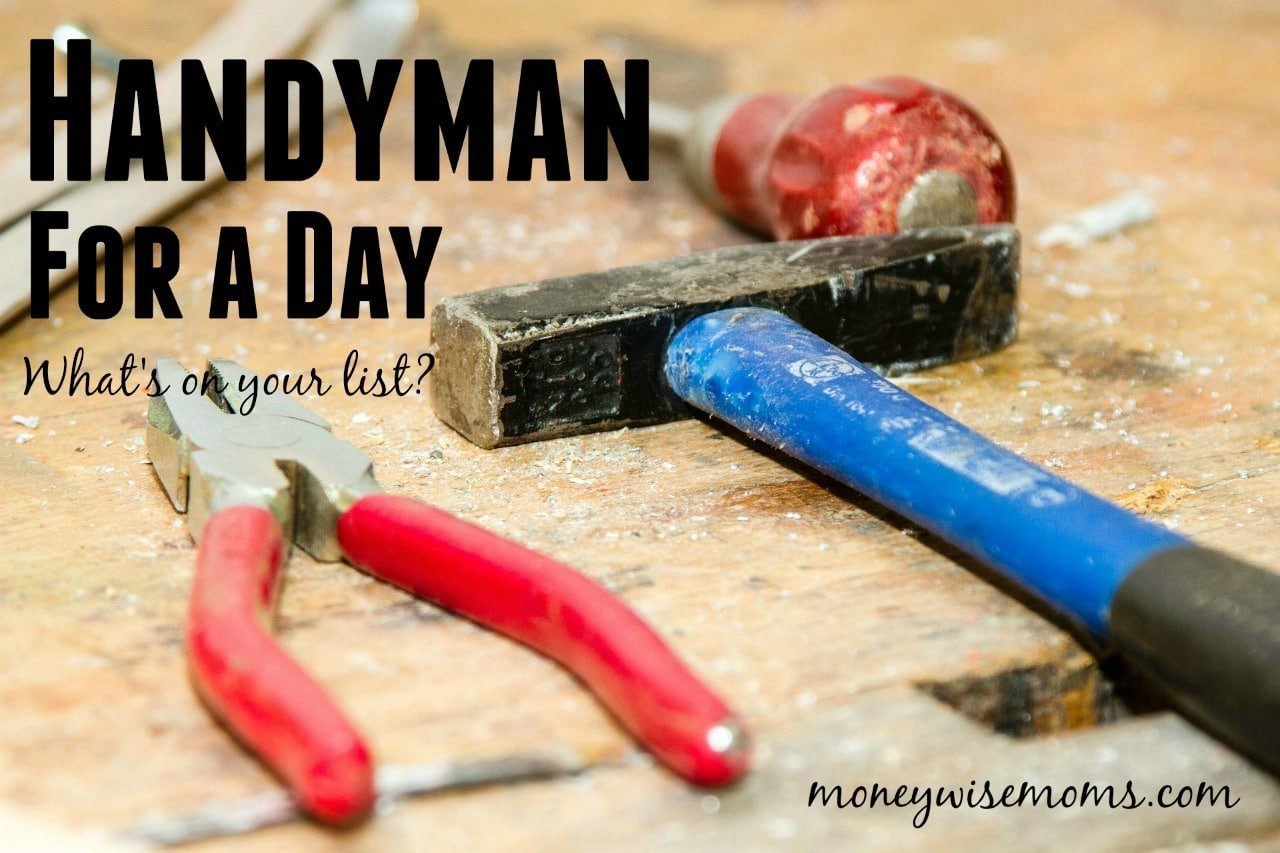 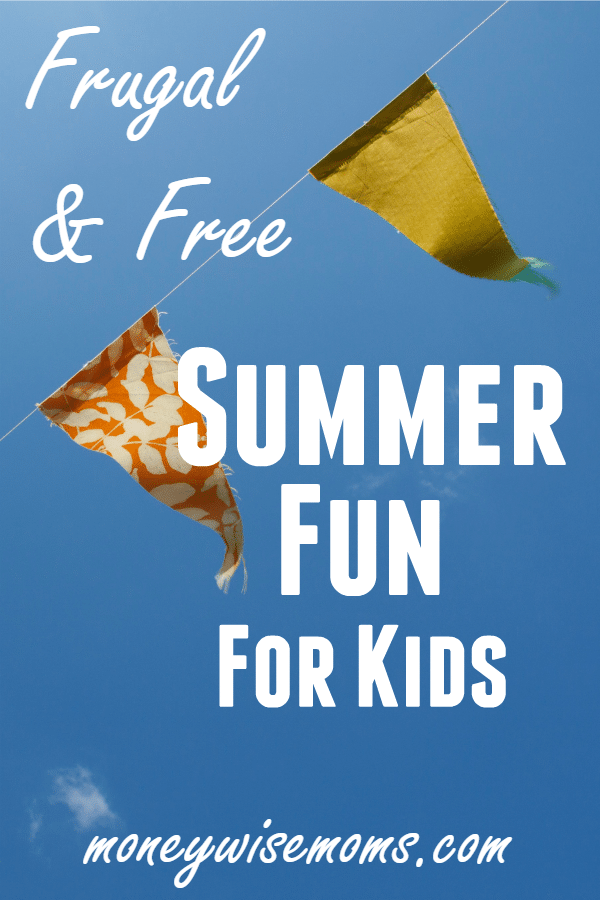 Next
Summer Seafood and Tasty Tuesdays

Second time that "handyman" Jeff has come to my home. I felt like a kid in a candy shop getting so much done. He could fix most anything quickly and correctly and always in good humor. I am in no way affiliated with this company but I am delighted with their work so far.

So smart! My husband and I just end up fighting - would be nice to hire someone to get us caught up on all the unfinished projects.

Oh my gosh - I so need this service! I was just telling my hubby - who is very handy! - we need a handyman for a day just to get some things DONE! Looks like he did an amazing job - thanks for the info!

That sounds like an awesome service! I have a few things around my house that I would love to have help with.

This service is BRILLIANT! I have pallet art sitting on the floor that needs to be hung - a hole that needs patching - other things too. Love this!

Gina loves food, family and frugal living. She lives in Northern Virginia with her husband, three teens, and new “baby,” dog Sheba. She also works with professional bloggers to scale their businesses and earn more at Connect & Learn Blogging Community. Reach her at gina@moneywisemoms.com.