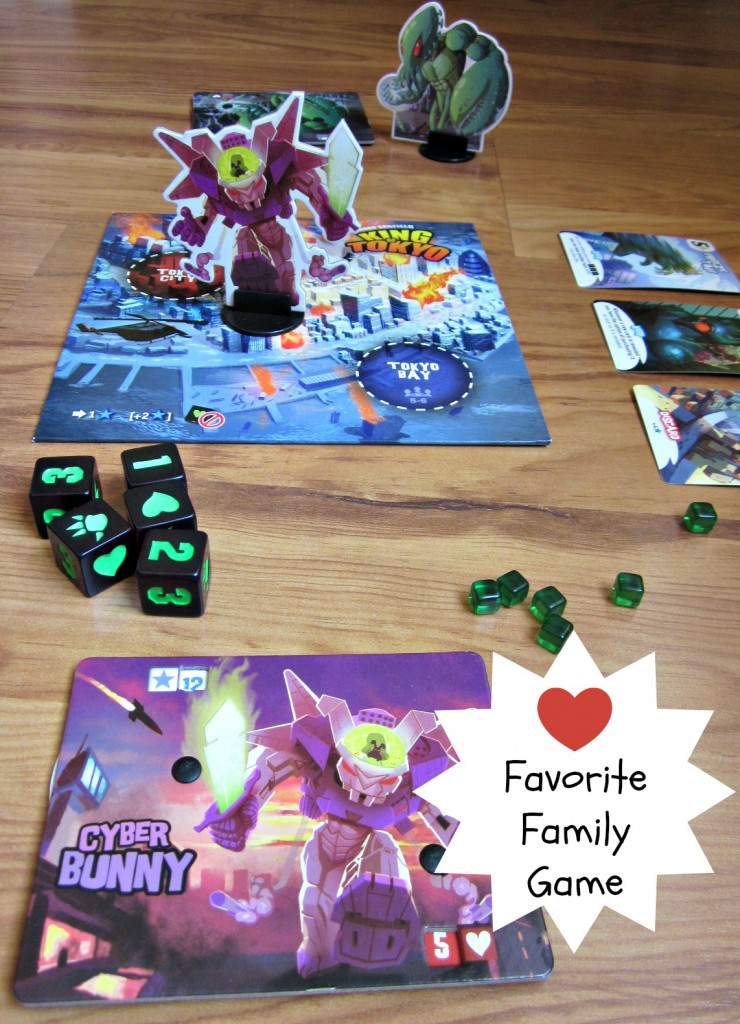 Are you a board game family like us? We love spending time together this way, and I love sharing our Favorite Family Games with you, especially when they're games you've never heard of. King of Tokyo has been a favorite since the holidays. It's a great combination of strategy, pounding on each other (in fun), and dice rolling. 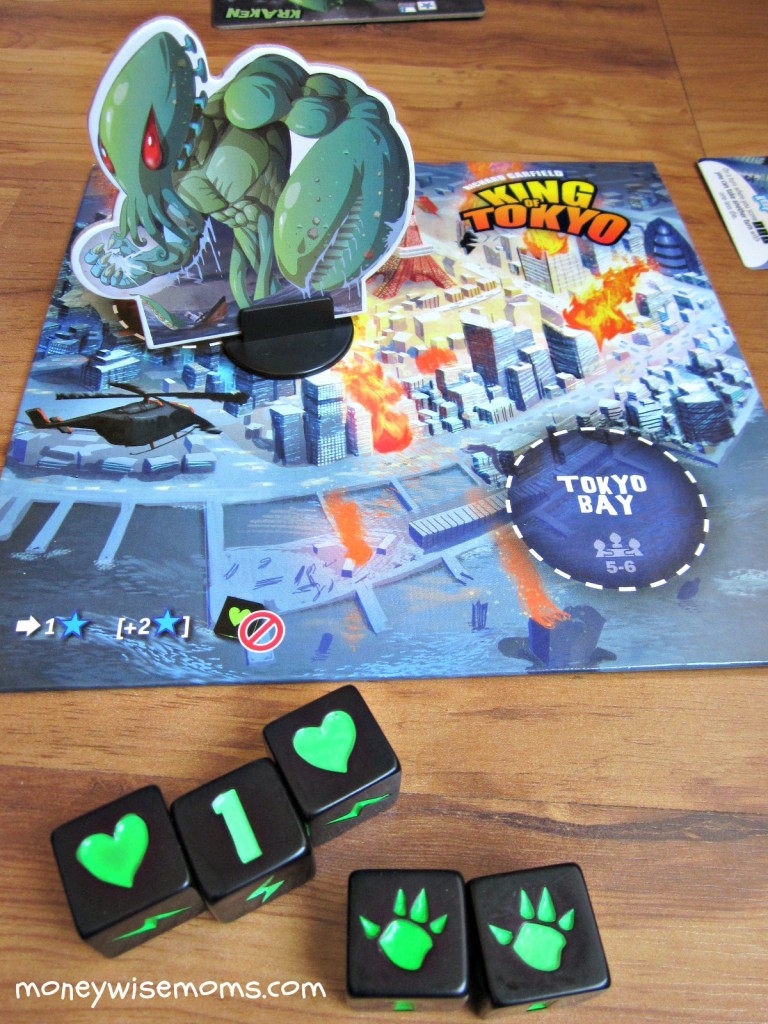 Each player chooses a character (mutant, monster, alien, etc.) and begins the game with 10 hearts (life) and 0 stars (victory points). To win, a player needs to earn 20 victory points or be the last one standing.

On each turn, a player has three chances to roll the six dice, collecting victory points, health and energy (which is used to buy the cards with special abilities and effects). The dice also help you attack, which you can do from inside or outside Tokyo. The real power position is inside Tokyo, but it can be a tricky balance between attacking and being vulnerable (a player cannot heal while inside Tokyo).

We've found King of Tokyo easy to teach to new players, no matter their age, and have especially had fun with my son's friends (ages 10-12). The box says 8 and up, but depending on your child(ren), you can start younger. The game plays up to 6 players; we find that only two players isn't very fun. It's much better with a group! 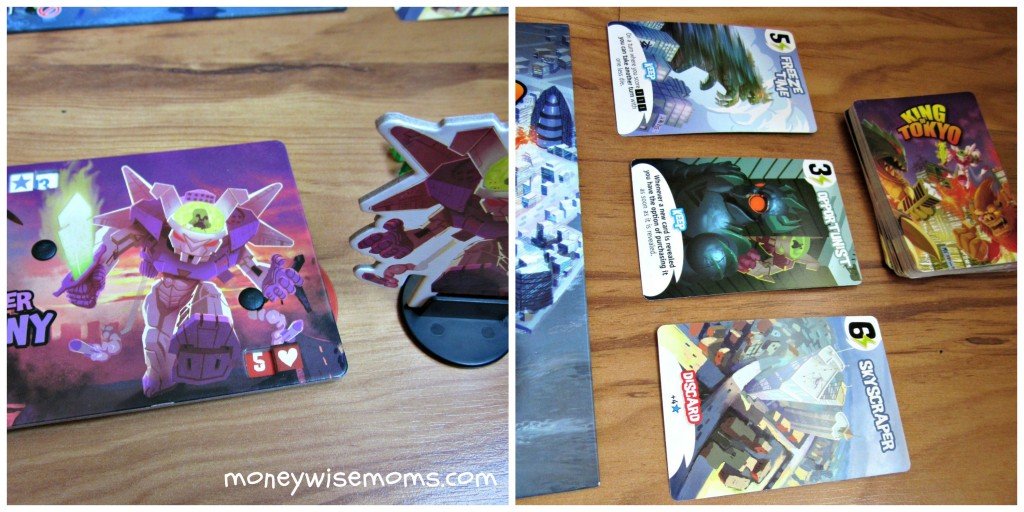 We've enjoyed (and played) the game so much that we went ahead and bought the expansion set, Power Up!. This lets each character evolve or mutate with extra powers and has been a great way to revitalize the game after seven months of constant play.

You can buy King of Tokyo at a local game/comic book store (here in NoVA, we love Comics & Gaming Fairfax). Support your local small business! As always, it's also at Amazon.

Looking for more Favorite Family Games for big kids and adults? We also love the DC Deck Building Game and Sketch It.

Great review of a great game, but you start with 10 hearts, not 20!

Otherwise, the game is going to last a long, LONG time!!!