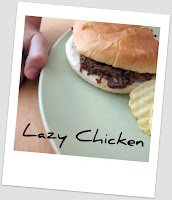 How are you keeping cool in the kitchen this summer? We're eating cold salads–either green or pasta–using the microwave a bit, and as usual, utilizing the slow cooker! If you need a push to get started with your crockpot, watch my video post on Using a Slow Cooker. It's part of my 31 Days of Grocery Savings vlog series.

I'm declaring this Lazy Chicken Week at my house, since I have a bunch of chicken breasts in the freezer and various sauces in the pantry to cook them up in the slow cooker. That made my weekly grocery trip fast and cheap–just some fresh produce and dairy to get us through the week!

Monday–We're eating at the swim meet since all three kids are swimming. I've set a budget for us to stick to and included it in this week's grocery costs.

Wednesday–another swim meet! I'm making Spinach & Feta Pasta Salad in the morning so I can pack it up for us to eat at the pool.

Thursday–Sausage, Red Potatoes, and Veggies in the slow cooker (a variation of this recipe)

Saturday–Baked potato bar, you can even cook them in the slow cooker

You can use your slow cooker for a lot more than soups and stews! I love using mine in the summer; it keeps the kitchen cool and can take just moments to get dinner going.

What are your favorite summer slow cooker meals?

For more meal plans and recipes, head over to the Menu Plan Monday linky at OrgJunkie. 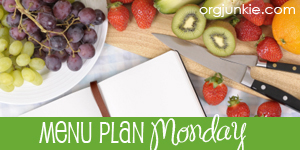