The Winter Olympics are almost over, so now is a good time to plan a family movie night and keep the Olympics fun going with a healthy spirit of competition. Have you seen these Olympics movies? I'm a member of #DVDNation and have included referral links in this post. #ad

When you're planning a family movie night, it's a good idea to preview the movie or read about it first. I like to check out details on Common Sense Media.

Such a silly movie, but my kids just love it! It is a fictional story inspired by the team that made it to the 1988 Winter Olympics. With this year's Olympics having the first Nigerian bobsled team and the first Jamaican women's bobsled team, there's a tie-in.

I think my husband and I have seen this movie 20 times! It was one of those that whenever it came on TV, you'd end up watching the whole thing. The Cutting Edge is a romance about a prima donna figure skater having to pair up with a hockey player to compete.

This biopic follows Eddie Edwards, who represented England in ski jumping at the 1988 Winter Olympics. His antics led to big changes in rules to qualify for future Olympics.

My kids were wowed by Usain Bolt during the last Summer Olympics, and this fantastic documentary lets you see even more of his sense of humor along with hard work and determination.

There are a lot of sports underdog triumph movies out there, and this is one of my favorites. Even though you know the results of the 1980 US vs. USSR Olympic rivalry, the tension drives the ending of the film.

Race is partly a biography of Jesse Owens and partly a historical drama following the US's decision to attend the 1936 Berlin Olympics under Nazi rule. Be aware that it includes racial slurs of the time.

This best picture winner from 1981 tells the story of runners beating the odds and exemplifying persistence, including fighting prejudice to reach the 1924 Olympics. 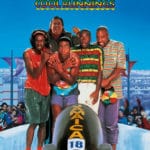 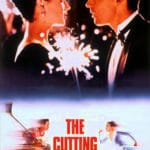 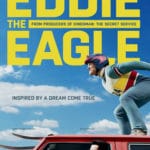 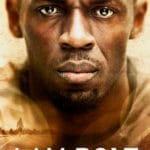 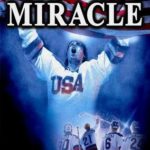 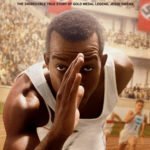 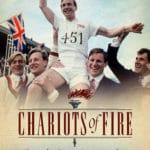 And two more Olympics Movies for older teens and parents:

Unbroken is the film adaptation of an amazing book (and true story of Louis Zamperini who competed in the 1936 Berlin Olympics). This was my favorite book of 2013! I suggest it for an older audience because Zamperini enters WWII and is taken as a prisoner of war, so there is quite a bit of violence and torture within the story.

And it's not out on DVD/Blu-Ray yet, but I've got I, Tonya in my queue. My sisters and I followed figure skating all through the '80s and '90s, so I remember when these events happened in real life. I saw the preview, and Margot Robbie looks amazing (plus I love Allison Janney).

What other Olympics Movies do you enjoy?

Sign up for a FREE 1-month trial of DVD Netflix so you can enjoy all these films at home: